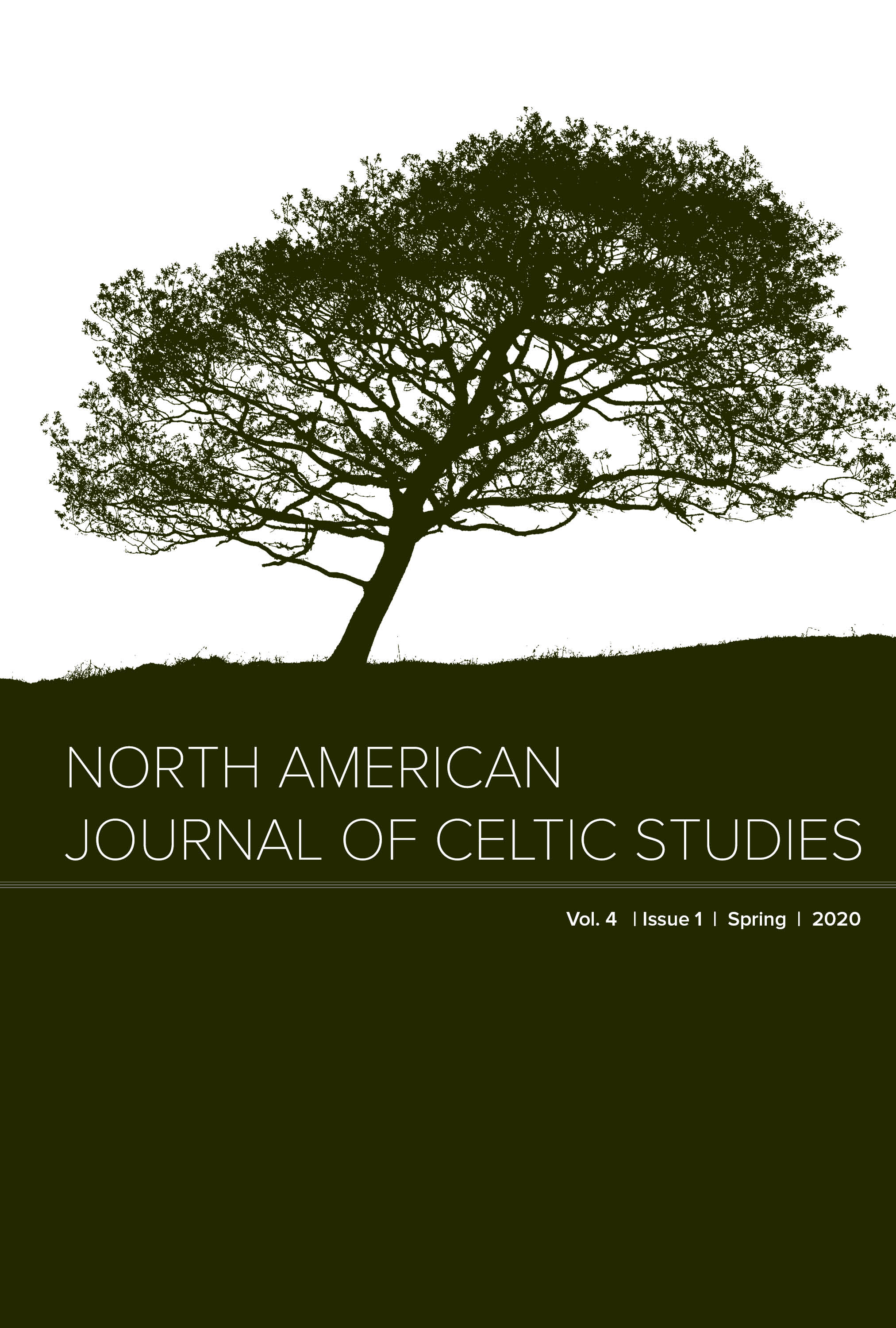 Starting in 2021 NAJCS is hosted online by Project MUSE.

Order NAJCS
Recommend for my library

Aims and scope
The North American journal of Celtic studies (NAJCS) is devoted to the study of all of the disciplines that fall under the purview of the field of Celtic studies, including, but not limited to, archeology, art, folklore, history, law, linguistics, literature, manuscript studies, mythology, and politics.  Contributions are welcome for all time periods from the ancient world to the present.

Submission of articles
Submissions to the journal should be sent electronically as an email attachment (in .pdf and Word .doc, .docx, or .rtf format) to the General Editor, Joseph F. Eska at NAmerJCelticStudies@gmail.com.

Originality of the submitted work
Submissions should be original work that has neither been published nor simultaneously submitted for publication elsewhere.  Contributors of accepted articles will be asked to assign their copyrights to Ohio State University Press.  Authors are also responsible for obtaining permission to reproduce any material for which they do not hold copyright and to assure that due acknowledgements are included where required.  Permission documents should be sent to the editor with the electronic manuscript.

General instructions for submission
All submitted papers will be subject to double-blind peer review.  For the purpose of reviewing, the draft paper should be anonymous.  No authorial details should be identifiable from the article itself or in the acknowledgements.  Details of the author(s) should be submitted in a separate file and include the author’s name, affiliation, and full postal and e-addresses.  Please also list a short title for the running header should the article be accepted for publication.
Papers that are submitted for initial consideration should be complete, including all notes, bibliographical references, tables, etc.  The final draft of a manuscript accepted for publication must be submitted electronically in both Word and .pdf format.  Final versions and print-outs must be proofread carefully before submission and adhere to the style considerations; please check your spelling and grammar thoroughly.
Manuscript pages should be numbered consecutively and double-spaced with one-inch margins on all sides (use ragged rather than justified right margins).

Images
Images should be sent individually, in .tiff, .jpg, or .png format, at least 300 dpi at page display size.  The files should be numbered consecutively, and captions should be provided, including a permission line where appropriate.

Language of contributions
There is a strong preference for articles to be written in English, though submissions in the Celtic languages and other western European languages are permitted.

Style considerations
NAJCS reserves the right to copy-edit contributions to conform to its style.

Text: Use a normal, plain font, e.g., 12–point Times Roman, Gentium Plus, Charis, etc.  Do not use desktop publishing features such as justification, centering, automatic numbering, etc. NAJCS will be published in the Gentium Plus series of fonts.  They can be downloaded without cost from http://software.sil.org/gentium/.

Headings are in italic type, capitals for the first letter of the first word only save for proper nouns — e.g., Abstract, Keywords, Introduction, Acknowledgements, References, etc. — aligned to the left, separated by blank lines from text.

Paragraphs must be indented and not separated from each other by an empty line.  Use the indentation function rather than multiple individual spaces.

Bold type should only be used for the transliteration of scripts in which it is standard, e.g., Celtiberian and the Lugano alphabet.

Italic type should only be used for cited passages or linguistic data (including reconstructed forms) within the body of the paragraph, and emphasis.  Italics should be indicated by using proper italics.

Underscored text will be changed to italics save for special circumstances.

Comments: Use footnotes, not endnotes.

Textual abbreviations: Abbreviations such as CA for Canu Aneirin and SMMD for Scéla mucce meic Dathó should be used with citations of texts (note that abbreviations are not italicized). Provide a vertical list of Abbreviations prior to the list of References at the end of the manuscript in the following format: CA = Williams 1938, SMMC = Thurneysen 1935.

References to bibliographical items should be given thus:  give only the surname of the author (use an initial for the first name if multiple authors referenced bear the same surname), the year (use a, b, c for multiple publications in the same year, e.g., 2010a and 2010b), and, if applicable, the page number(s) in the following manner: Gruffydd 2001: 158-161 or (Gruffydd 2001: 158-161).  References to footnotes are made with a suprascript numeral: Jackson 1967: 2524 references footnote 4 on page 252.  In-text references to a work by more than one author should insert an ampersand before the last surname, e.g., (Charles-Edwards & Kelly 1983); references to more than one work should be in the following format:  (Jackson 1953: 71; Schrijver 1995: 88).  Use an n-dash rather than a hyphen to indicate a run of page numbers, which should not be abbreviated, but indicate all digits.
Authors are responsible for the accuracy of quotations and for supplying complete and correct references.  The full details should be given in a list of alphabetically ordered references titled ‘References’ at the end of the paper.

All numbered examples should be flush left and each number enclosed within parentheses.  Use such parenthesized numbers in the body of the text whenever reference to such examples is made.

References to tables should consist of the complete word (with capital first letter also in the middle of a sentence or in brackets) plus Arabic numeral(s), e.g., Table 7 or (Table 7).

References to figures should consist of the complete word only at the beginning of a sentence and in the figure captions; otherwise the abbreviations ‘Fig.’ or ‘Figs.’ are to be used, e.g., Fig. 1, (Fig. 1), Figs. 1, 2.

Figure captions should be listed at the end of the electronic file.

Transliteration and interlinear glossed examples
All examples from languages not using the Latin alphabet, save for Greek, should be transliterated using an accepted system.  Authors should use their chosen system consistently throughout the manuscript.  For interlinear morpheme-by-morpheme glossed examples, the Leipzig glossing rules http://www.eva.mpg.de/lingua/resources/glossing-rules.php should be followed.

Abstracts
Articles should include a short abstract of 150–250 words.

Keywords
Please supply 2–6 keywords (in lowercase letters), to be placed below the abstract, for indexing purposes.

Proofs
Authors of accepted contributions will receive one set of proofs for proofreading in the form of a .pdf file as an electronic attachment.  In the event of a multi-authored contribution, proofs will be sent to the first-named author unless otherwise requested.  The proofs should be returned to the editor promptly within the period requested, with no corrections marked other than those made in the typesetting or conversion process.

To see the table of contents for the current issue, visit the NAJCS page on JSTOR. 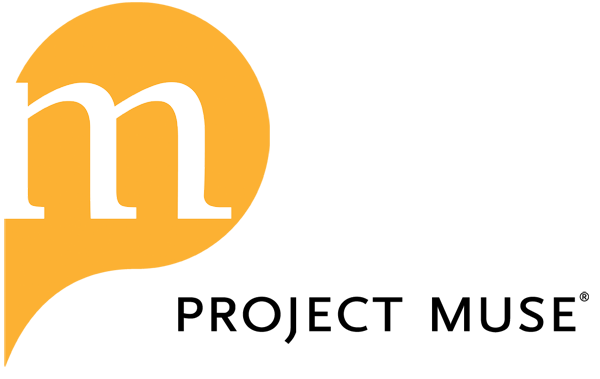 North American journal of Celtic studies is available on ProjectMUSE.

To sign up to receive each new issue's Table of Contents