Home | Books | Ecologies of Harm: Rhetorics of Violence in the United States 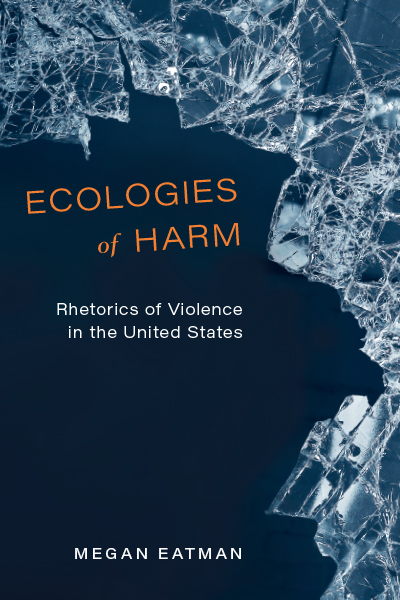 Rhetorics of Violence in the United States

“Ecologies of Harm is a dynamic study of organized public violence that gives focused attention to the relationship between violence and spectacle, considering specifically not the spectacle itself, but its quotidian features and how such features reveal the limits of visibility as well as America’s proclivity to violence.” —Ersula Ore

Ecologies of Harm: Rhetorics of Violence in the United States examines violent spectacles and their quotidian manifestations in order to better understand violence’s cultural work and persistence. Starting with the supposition that violence is communicative andmeant to “send a message”—be it to deter, to scare, or to threaten—Megan Eatman goes one step further to argue that violence needs to be understood on a deeper level: as direct, structural, cultural, and constitutive across modes, a formulation that requires rethinking its rhetorical aims as less about conscious persuasion and more about the gradual shaping of public identity.

While Eatman looks to examples of violent spectacles to make her case (lynching, capital punishment, and torture in the War on Terror), it is in her analysis of more mundane responses to these forms of violence (congressional debates, court documents, visual art, and memorial performance) where the key to her argument lies—as she shows how circulating violence in these ways produces violent rhetorical ecologies that facilitate some modes of being while foreclosing others. Through this ecological approach, Ecologies of Harm offers a new understanding of the debates surrounding legacies of violence, examines how rhetoric and violence function together, and explores implications of their entanglement for antiviolence work.

Chapter 2        “There Must Be a Way of Carrying It Out”: Ideal and Real in Lethal Injection

Conclusion      Working through Rhetoric and Violence 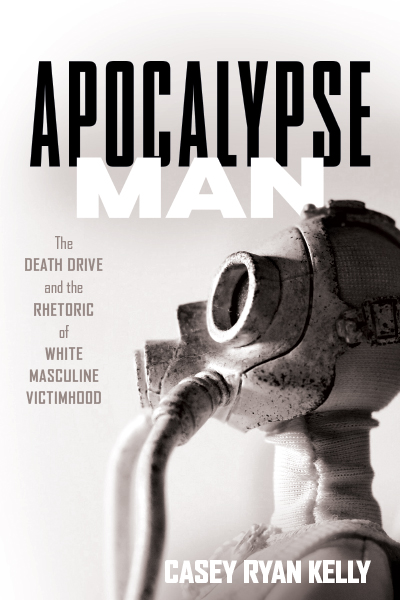 Apocalypse Man:
The Death Drive and the Rhetoric of White Masculine Victimhood