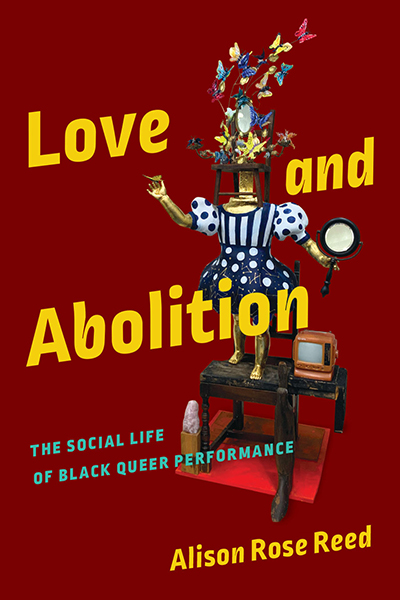 “With her deep investigation into the historical and present-day manifestations of abolition, together with her incisive analysis of Black queer performance’s rootedness in social transformation and careful attention to embodiment, Alison Rose Reed makes clear the specific ways that Black queer art invests in love as an abolitionist practice. She has done a great service for all of us who believe in the freedom strokes necessary—and available—in the here and now.” —Omi Osun Joni L. Jones, author of Theatrical Jazz: Performance, Àṣẹ, and the Power of the Present Moment

“Taking its cues from ‘queer networks of creative solidarity,’ Love and Abolition stages a valuable dialogue between performance studies and abolitionist scholarship. Reed puts forward an interpretive framework for engaging how radical practices of care shape and are shaped by Black radical traditions of both conflict and collaboration.” —Felice D. Blake, author of Black Love, Black Hate: Intimate Antagonisms in African American Literature

“Passionately argued, Love and Abolition is a compelling exploration of the power of Black queer performances to forge affective landscapes that rebel against carceral psychology, while inspiring new ways of being in and for the world. Performance, in this project, is a domain in which the impossible and the unthinkable become tangible and doable. More than rehearsing tough and tender love, it makes it in the here and now of an urgently abolitionist present.” —Joshua Chambers-Letson, author of After the Party: A Manifesto for Queer of Color Life

In Love and Abolition, Alison Rose Reed traces how the social life of Black queer performance from the 1960s to the present animates the unfinished work of abolition. She grounds social justice–oriented reading and activist practices specifically in the movement to abolish the prison industrial complex, with far-reaching implications for how we understand affective response as a mobilizing force for revolutionary change.

Reed identifies abolition literature as an emergent field of inquiry that emphasizes social relationships in the ongoing struggle to dismantle systems of coercion, criminalization, and control. Focusing on love as an affective modality and organizing tool rooted in the Black radical tradition’s insistence on collective sociality amidst unrelenting state violence, Reed provides fresh readings of visionaries such as James Baldwin, Ntozake Shange, Sharon Bridgforth, and vanessa german. Both abolitionist manifesto and examination of how Black queer performance offers affective modulations of tough and tender love, Love and Abolition ultimately calls for a critical reconsideration of the genre of prison literature—and the role of the humanities—during an age of mass incarceration. 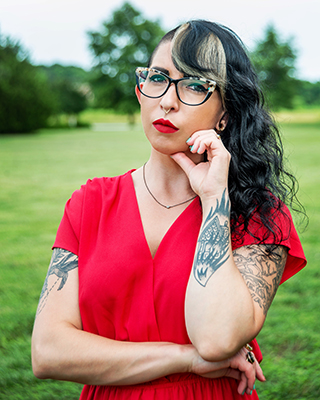 These images also appear in the book in black and white. 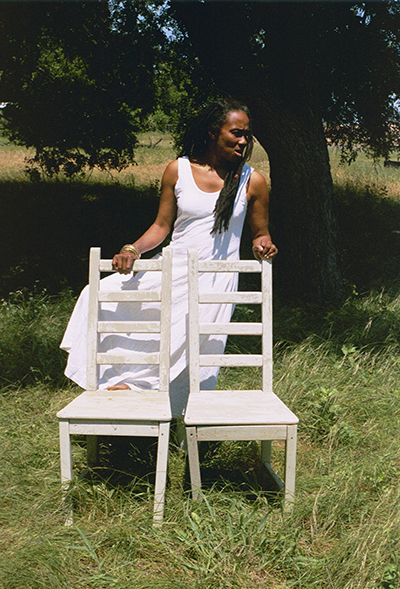 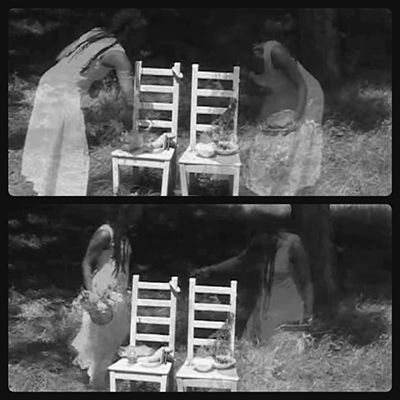 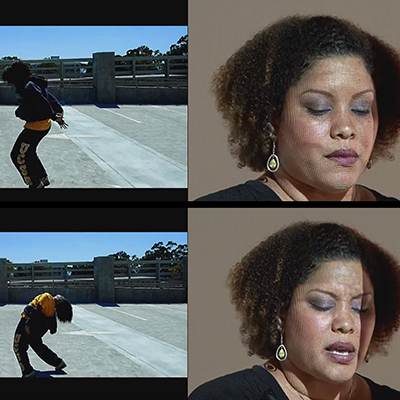 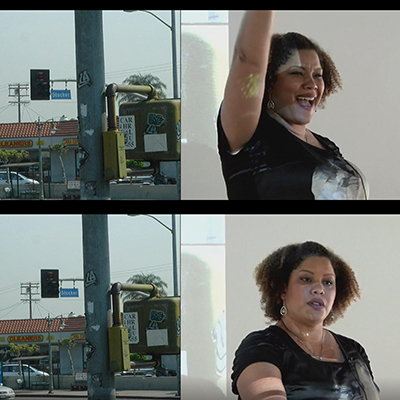 Figure 4. Two juxtaposed screenshots from Stacks of Obits performance in Germany. The slideshow to Batiste’s left returns to this snapshot of a Stocker Street intersection. Photographs of Los Angeles by Stephanie Leigh Batiste. Image used with permission of Batiste. 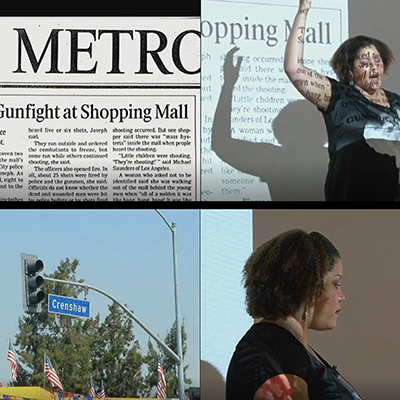 Figure 5.Two juxtaposed screenshots from Stacks of Obits performance in Germany. Slides including archival material and photographs of Los Angeles by Stephanie Leigh Batiste. Image used with permission of Batiste. 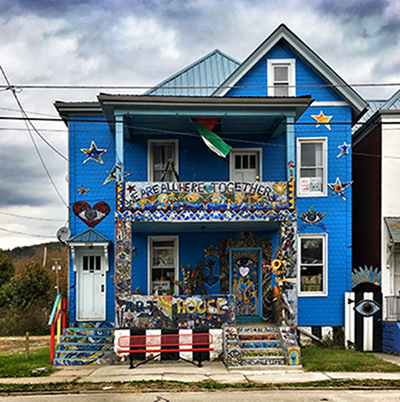 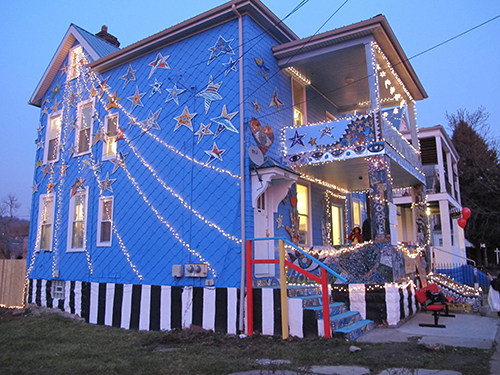 Figure 7. “Night of Illumination for Orlando.” Photograph by Erika Beras. Image used with permission of vanessa german and Erika Beras. 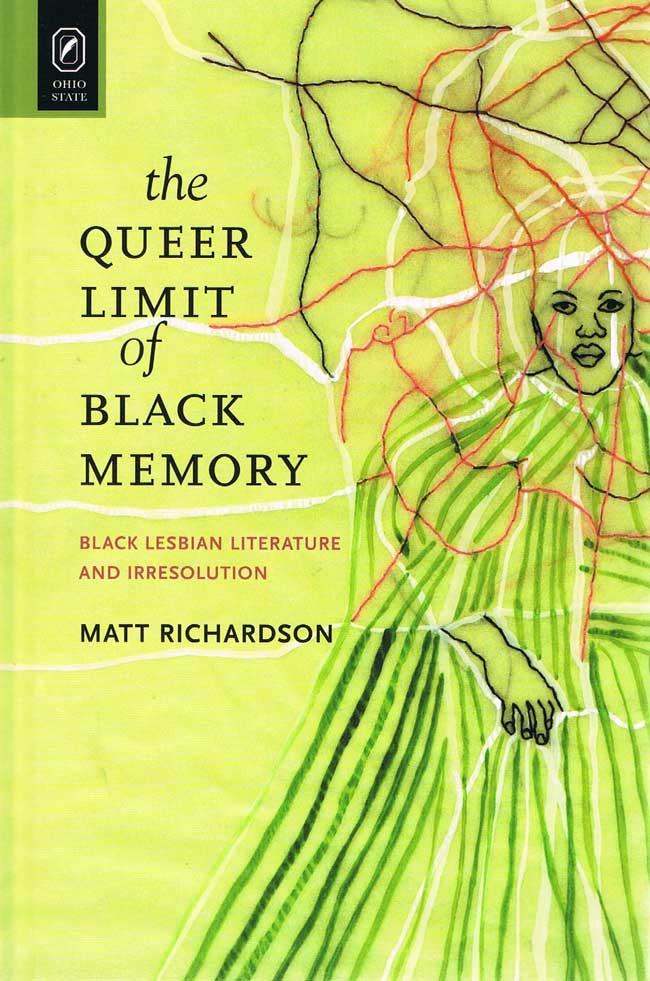 The Queer Limit of Black Memory 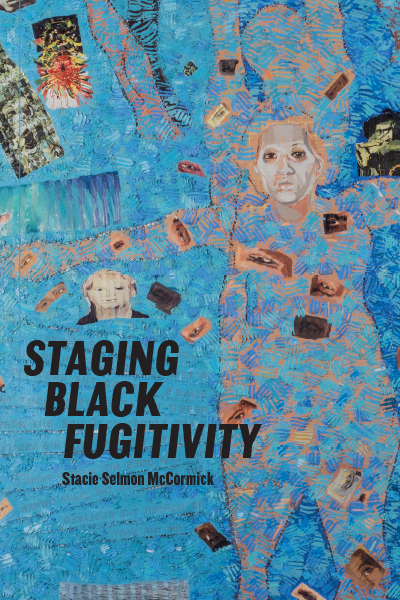 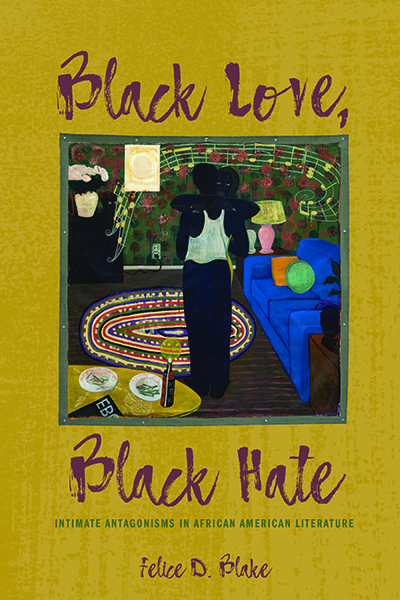