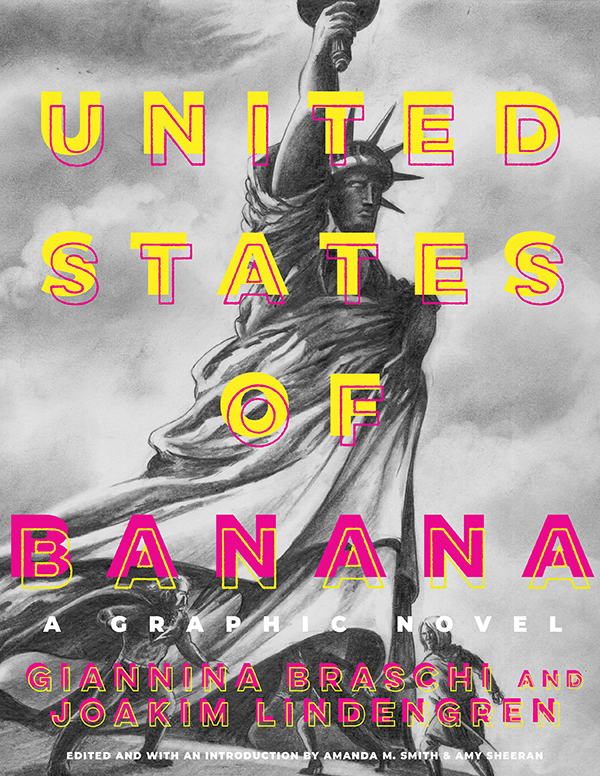 Giannina Braschi and Joakim Lindengren
Edited and with an introduction by Amanda M. Smith and Amy Sheeran

Read an interview with Giannina Braschi

“United States of Banana: A Graphic Novel is a work of metamorphoses and of becomings, masterfully achieved through the image inspiring words of the iconic Latinx poet and radical thinker Giannina Braschi and the artwork of Joakim Lindengren, whose illustrations give them a bizarre and beautiful twist. Where Braschi parodies—always with utmost respect—the history of literature, Lindengren does the same with the history of art (classical and contemporary), and together they have created a book of words and images, an artefact, an event.” —Rolando Pérez, Latinx Spaces

“To say United States of Banana is iconoclastic is to state the obvious. Then again, what is our civilization if not a graveyard for broken gods? Braschi works the night shift at that graveyard.” —Ilan Stavans, author of Angelitos

“I was a monument to immigration—now I’m a border control cop.” So admits the Statue of Liberty in Giannina Braschi’s United States of Banana, a rollicking and nakedly political allegory of US imperialism and Puerto Rican independence. Illustrated by Swedish comic book artist Joakim Lindengren and based on Braschi’s epic manifesto by the same title, the story takes us along on the madcap adventures of Zarathustra, Hamlet, and Giannina herself as they rescue the Puerto Rican prisoner Segismundo from under the skirt of the Statue of Liberty. Throughout their quest, the characters debate far-ranging political and philosophical subjects, spanning terrorism, global warming, mass incarceration, revolution, and love. The Marx Brothers, Pablo Neruda, Barack Obama, Disney characters and more make appearances in this stirring call to overthrow empire, liberate the imprisoned masses, and build a new country rooted in friendship, art, poetry, and laughter.

Giannina Braschi is a Puerto Rican writer based in New York City. Her works encompass poetry, fiction, manifesto, and drama and include the poetry trilogy Empire of Dreams and the experimental Spanglish novel Yo-Yo Boing!

Joakim Lindengren is a Swedish cartoonist, illustrator, and artist whose celebrated titles include the Captain Stofil series and Ugly. 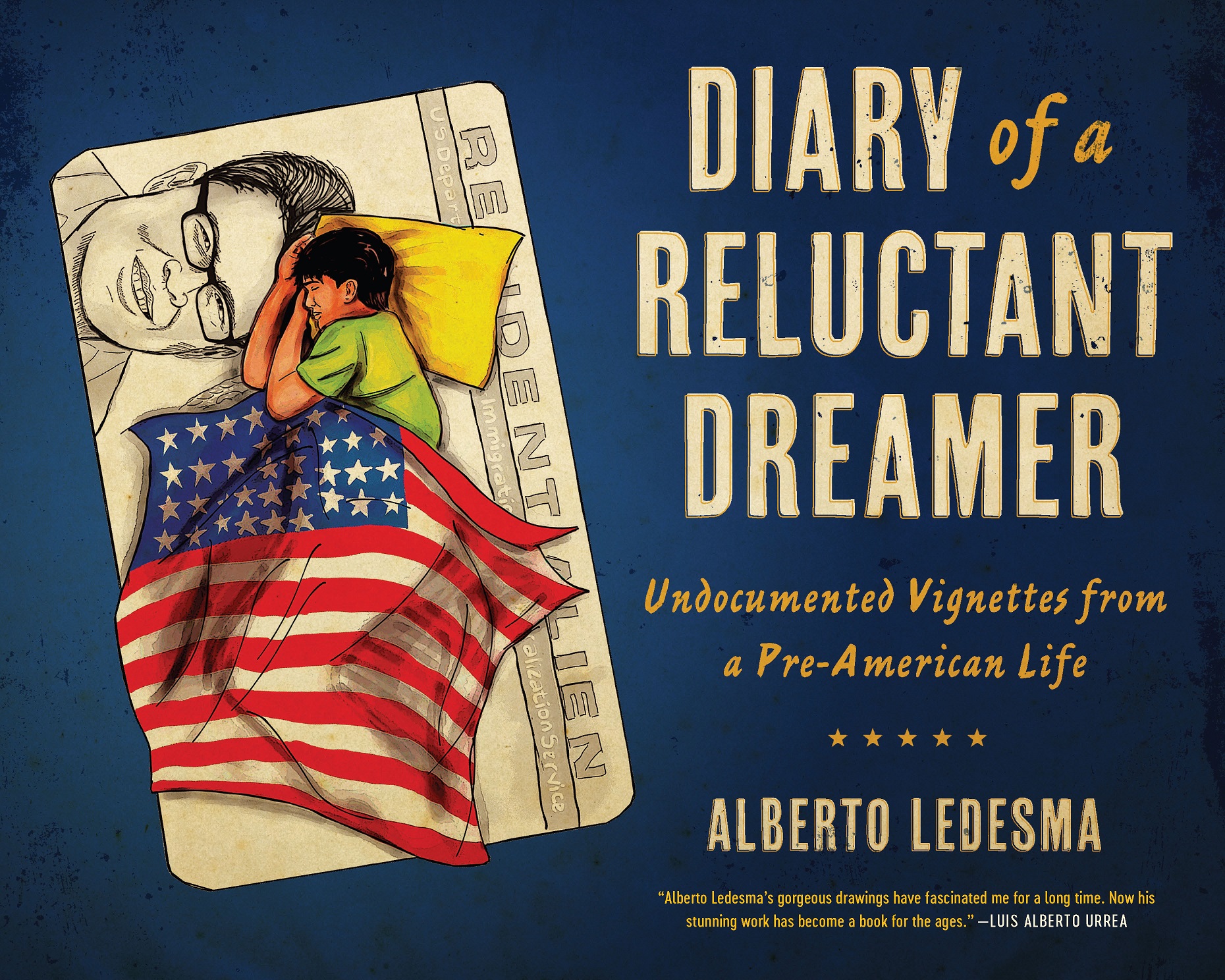 Latinx Rising
An Anthology of Latinx Science Fiction and Fantasy