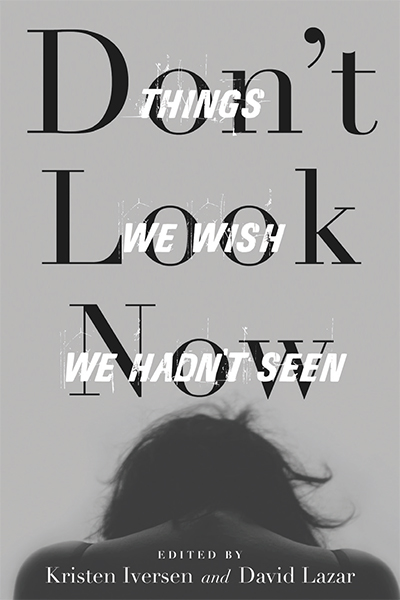 Things We Wish We Hadn’t Seen

“[The collection] will appeal to readers drawn to how literature can be used to confront, and possibly get past, damaging memories.” —Publishers Weekly

“How does the heart bear unbidden shock? What are the rules of engagement with ferocious memories? These gorgeous essays perform acts of homage, bravery, and forgiveness; show what can be made of the searing left by life-altering experiences; and point us toward a deeper understanding of both vulnerability and the capacity to rebuild at the blast site.” —Lia Purpura

“Don’t Look Now: Things We Wish We Hadn’t Seen merits its title—a series of scarifying essays on sights, scenes, and memories we might have rather missed. But this not-to-be-missed collection becomes its own bright antidote and, for the reader, a gift.” —Nicholas Delbanco, author of Why Writing Matters and Curiouser and Curiouser: Essays (OSU Press, 2017)

“A typewriter tattoo, the body bent in prayer, the hazy outline on an ultrasound screen—these are some of the stark and humbling and heartbreaking images shared in an anthology of voices so rich and varied. Even more than the moments these writers can’t unsee, this haunting collection of essays will stay with you too.” —Sonja Livingston, author of Ghostbread

Would that our memories were self-selecting. But often what we remember most vividly are those moments that caught us unawares: the things we wish we hadn’t seen and are unable to shake. In Don’t Look Now, writers working at the forefront of creative nonfiction come to grips with obsessive memory, the uncanny, and the bad dreams that accompany the moments in our lives when we wish we’d looked away. They examine the way certain memories take hold, resurface, and never leave, and how they shape the lives that follow. A nightly dream of a departed mother that inflicts her loss anew each morning, post-mortem newspaper photos of a former student, a parent’s suicide, a father trying to shield his children from witnessing a violent death. In confronting these moments and more, this collection bares all. What its contributors are after—and seek with exhilarating craft—is not the melancholic or grotesque itself, but the process of remembering, trying to forget, and the peace that hangs in the balance.

David Lazar is the author of the soon to be released Celeste Holm Syndrome. He is Professor of Creative Writing at Columbia College Chicago and a former Guggenheim Fellow in Nonfiction. Lazar is the founding editor of the literary magazine Hotel Amerika and series coeditor of 21st Century Essays at Mad Creek Books.

But for the Grace
XU XI

To Love Me, Or the Intruder’s Tattoo
Mary Cappello

Those Were the Days
Sonya Huber

The Death of the Dog
Patrick Madden

Can You Tell Me What You Saw?
Lee Martin

Muse of Brooklyn: I Would Never Study but in My Dreams
David Lazar 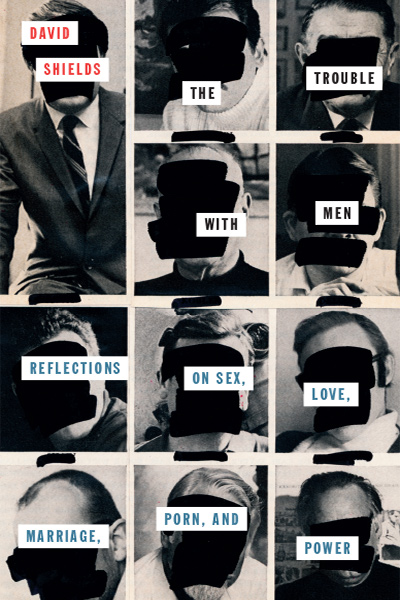 The Trouble with Men