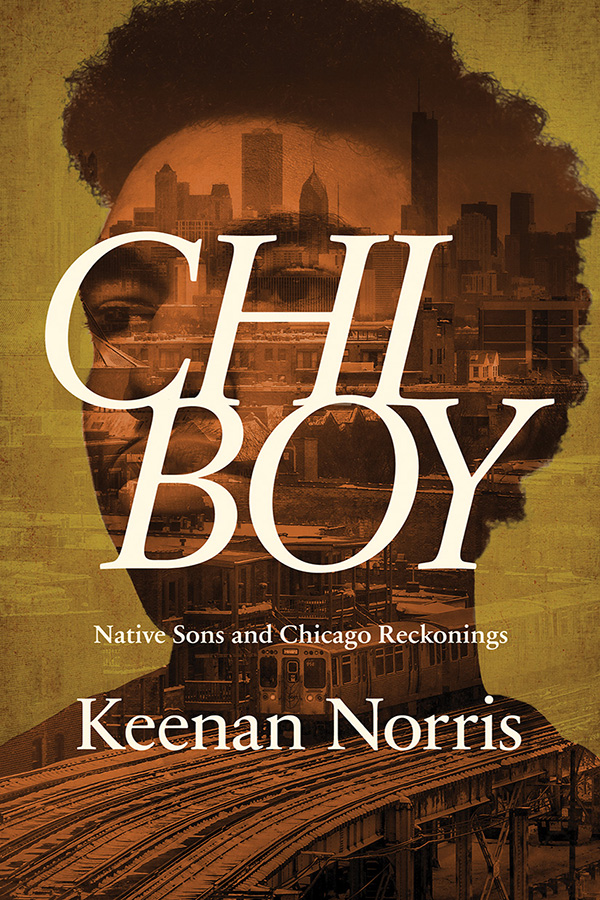 “Poignant and elegantly written, this is a moving look at a city’s contradictions laid bare.” —Publishers Weekly

“Blending biography with history and sociology, Chi Boy is highly absorbing as it compares the Chicago-connected paths of Wright, Butch, and President Barack Obama. Norris adeptly profiles the three men, along with the travails of a city perpetually haunted by corruption, racism, and violence.” —Philip Zozzaro, Booklist

“Norris beautifully memorializes his father with a fascinating explication of the man and the city that shaped him. Whether through the lens of the Great Migration, Richard Wright and Native Son, the flamboyant nihilism of drill music, the inadequacy of Spike Lee’s Chi-Raq and the term itself, or the making of Barack Obama, Norris renders Chicago and its Black citizens with the depth and complexity they deserve. As informative as it is inventive, as poetic as it is profound, Chi Boy is an absolute must-read.” —Jerald Walker, National Book Award finalist for How to Make a Slave and Other Essays

“Chi Boy is at once a love letter to Chicago and a searing indictment of the violence that shaped it. By revealing in painstaking detail what America has been, Norris leaves us with the important question of what it will become.” —Justin Gifford, author of Street Poison: The Biography of Iceberg Slim

“Norris paints a fierce, clear-eyed portrait of Chicago as he plumbs the parallel lives of Richard Wright and his own family members, who escaped the Jim Crow South for the ‘James Crow’ North. In illuminating the lives of men tempered in the fires of Chicago social divides, Norris lays bare the pain at the root of the hope that defines Black experience in America.” —Sherri L. Smith, author of The Blossom and the Firefly

In Chi Boy, Keenan Norris melds memoir, cultural criticism, and literary biography to indelibly depict Chicago—from the Great Migration to the present day—as both a cradle of Black intellect, art, and politics and a distillation of America’s deepest tragedies. With the life and work of Richard Wright as his throughline, Norris braids the story of his family and particularly of his father, Butch Norris, with those of other Black men—Wright, Barack Obama, Ralph Ellison, Frank Marshall Davis—who have called Chicago home. Along the way he examines the rise of Black street organizations and the murders of Yummy Sandifer and Hadiya Pendleton to examine the city’s status in the cultural imaginary as “Chi-Raq,” a war zone within the nation itself. In Norris’s telling, the specter of violence over Black life is inescapable: in the South that Wright and Butch Norris escaped, in the North where it finds new forms, and worldwide where American militarism abroad echoes brutalities at home . Yet, in the family story at the center of this unforgettable book, Norris also presents an enduring vision of hope and love.

Keenan Norris has written for the Los Angeles Review of Books, the Los Angeles Times, the San Francisco Chronicle, Lit Hub, and elsewhere. His books include the novel The Confession of Copeland Cane and the anthology Street Lit: Representing the Urban Landscape. He teaches at San José State University.

A Tomb in Connecticut

A Migration of One

A Poetic Negro Comes to Town

The West Side’s Many Sides

Leaving the City, Part I: The Vice Lords and a Boy in Cleveland

Rebirth on the Big Island